A happy age is coming: the Drill will go down in history 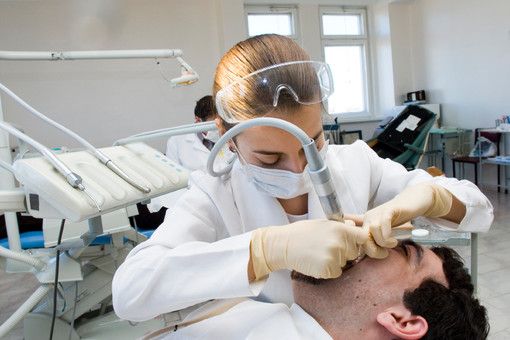 A happy age has come for all of us - now you will no longer need a dentist's drill to treat caries. European scientists have developed a new technology that has already proven its effectiveness.
At the end of the last year of the 21st century, the well-known journal of Oral and Maxillofacial Surgery published articles on a study by Iranian scientists, according to which they used the antidepressant amitriptyline for local anesthesia. Meanwhile, the use of the drill itself can go down in history. Not long ago, a group of scientists from Europe, led by famous professors Pari and Mayer-Lukel, developed a technique that allows dentists to eliminate caries in a patient without resorting to "torture" and the use of a frightening tool-a drill. The new technology of the 21st century is absolutely painless. The method of professors Mayer-Lukel and Pari has not yet been widely accepted, but it should happen in the very near future.
The method of caries treatment is based on impregnation (infiltration) of the tissues of the entire tooth with a special solution, so in the professional language of dentists, the method is called "Infiltrative treatment of caries".
The solution produced by the medical company DMG is known under the brand Icon (from the English. Infiltration Concept — the concept of infiltration).
The creators of the method report that the removal of a carious defect occurs in just one visit to the dentist. In this case, the diseased tooth is isolated in the patient's oral cavity using rubber bands-insulators to prevent saliva from getting on the diseased tooth during the dentist's work. Then the cavity is treated with a special alcohol solution to remove moisture. After that, a special gel containing hydrochloric acid is inserted into the diseased cavity. The gel etches the affected tooth tissue, while destroying caries microorganisms inside the tissue. Then the space is filled with a special filling solution that hardens in blue light, which completely restores the integrity and most importantly the appearance of the tooth.
The effectiveness of the new infiltrative method of caries treatment was confirmed in a randomized controlled clinical trial at the University of Aachen (Germany). Relapse of caries can occur only in 4% of patients treated with this innovative technology. There are no results of comparing the effectiveness of new and traditional methods of caries treatment.
Another feature of the new method is that it can only be used if caries has affected the tooth no deeper than one-third of the dentin (the tissue that makes up the bulk of the tooth and is located directly under the enamel).
However, this is the main difficulty of using the method.
As the head of the therapeutic Department of the First professorial dental clinic Elena Khaustova says, the main problem is that the dentist, as a rule, can not be absolutely sure how deep the caries has gone.
Dentist haustova notes that x-ray examination could help in solving this issue, but there are errors that do not allow you to get 100% guarantee in making the right decision.
But let's hope for the best. Yours nourriture.ru