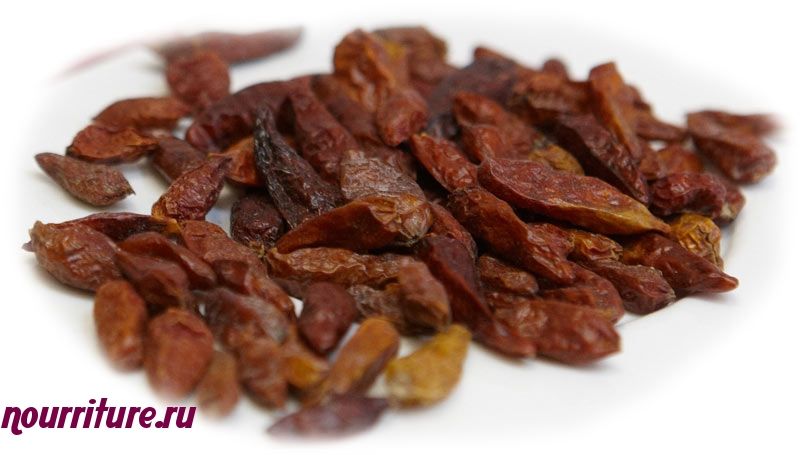 It is believed that the bird pepper is evidence of the ancient migration of capsicum from Brazil and Bolivia to Central America.
As archaeologists have established, traces of bird pepper are found in the remains of the oldest settlements and cities on the territory of Bolivia and Peru.
The name " bird's eye "or" bird's pepper " has several meanings. At first, it was called wild chili, whose bright, small, round and very burning fruits attracted birds without causing them any harm.
Botanists believe that birds brought the seeds of this pepper to Mexico, and already their domestication led to the appearance of round, about 1 cm in size, pods that resemble something like a bird's eye. Gradually, the name became international and changed to all small, no more than 1-2 cm, round and oblong pods of strong burning.
Despite the fact that the bird pepper of all chilies is considered the least acute, however, we must not forget that in general, the degree of burning of this pepper is very high!
Bird pepper has sharp-angled fruits of light red color, which are added in chopped form to ready-made dishes (sauces, salsas, soups, salads) to give them additional sharpness. The aroma of the pods of this pepper has citrus and nutty notes with smoke.
The size and shape of the pods are very similar to the chiltepin pepper and in comparison with it it is less burning, but the aftertaste from it is much longer (see the article "Chili pepper" chiltepin " (tepin, enano, picin)").
Of all the types of pepper, bird pepper is the only one that has substances that are useful not only for people, but also for birds (it has a positive effect on the egg production of domestic birds and the color of their feathers). Therefore, in many countries it is mixed into bird food.