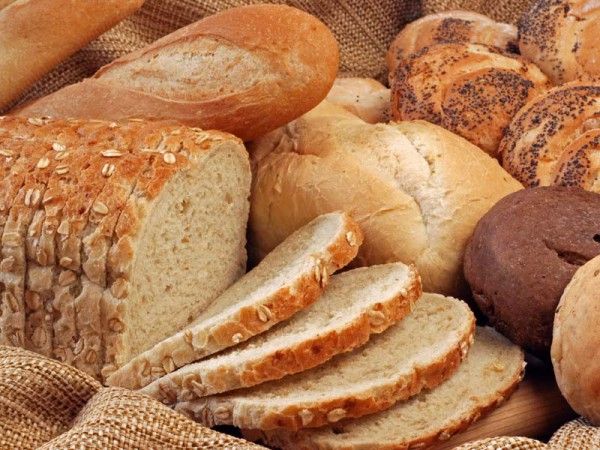 Bread is the main food of a person, no matter how gourmet he may be, and no matter what peddlers he may like.
The history of bread goes back centuries. Which people in ancient times before others began to bake bread-it is difficult to say for sure, but for the first time bread was found in the tomb of the Egyptian Pharaoh Ramses III, who lived one thousand two hundred years before our era.
However, long before Ramesses III, people were eating cereals. It was in the Mesolithic era, 15 thousand years before our era. Later, at the turn of about 6-8 thousand years BC, people learned to grind cereals and prepare porridge from them. Then they adapted to heat porridge on coals and bake cakes.
Archaeologists claim that the first cereal porridge was the prototype of modern bread. However, there is another version of the appearance of bread, which says that the first bread of man were nuts and acorns, because in ancient times people attributed them to magic power. It was believed that these "gifts of nature" make a person invulnerable, can stop a flying arrow, prevent a fire or thunderstorm. However, although the calorie content of nuts is really very high, this hypothesis of the origin of bread is too extravagant and can not be compared with cereals.
So, cereal bread was first made from roughly ground grains. But after the Egyptians invented millstones, people mastered the production of fine flour.
There is reason to believe that for baking bread in those days, people also used sour dough. From the Egyptians, scientists believe, the art of making sour dough and baking bread from it passed to the ancient Jews and Phoenicians, and from them to the Greeks and Romans.
The first mention of "sour" bread in Ancient Greece dates back to the V century BC. Then sour bread was considered a delicacy and cost much more than unleavened bread. In addition to sour bread, in Ancient Greece, however, as in Egypt, a special role was given to stale bread, which is known to be very useful for stomach diseases.
Interestingly, the word "bread" itself has an ancient Greek origin. The fact is that the ancient Greeks baked bread in special pots – "klibanos" - from the name of which the Gothic word "hlaifs" was derived, which was later exploited by the Germans and other peoples.
When the Romans mastered bread baking, they decided to build special bakeries for bread production. This happened in the second century BC. (A similar bakery was discovered during the excavations of ancient Pompeii.)
In Europe, bread came in the early middle ages and began to be used as the main food, in addition, it was used for serving the table: the table was laid out pieces of stale bread size 10-15 cm, which served as plates and could absorb moisture. After the meal, the nobles either ate the bread plates or gave them to the poor, and sometimes fed the dogs. And only in the XV century for food came into use plates made of wood.
The first sliced bread appeared at the turn of the XIX-XX centuries. Its inventor was Otto Frederick Rovedder, who in 1912 developed a special machine for slicing bread. However, bakeries ignored his invention, believing that sliced bread becomes stale faster. It was only after Rovedder invented another machine in 1928 that not only sliced bread, but also Packed it, that "slicing" became popular.
In Russia, in Moscow, bread began to be baked in the XVI – XVII centuries. Small Moscow bakeries were then called "bread huts", and enterprises that baked bread – "bread chambers". Even in the Moscow Kremlin there was a sovereign "bread Palace".
Moscow bread was different: sweet loaves, buns, Saiki, all kinds of rolls. However, such bread products were available to the rich class. This was especially true of expensive white bread. The common people were content with rye bread, which is now considered no less valuable than wheat bread because of its nutritional value and usefulness.