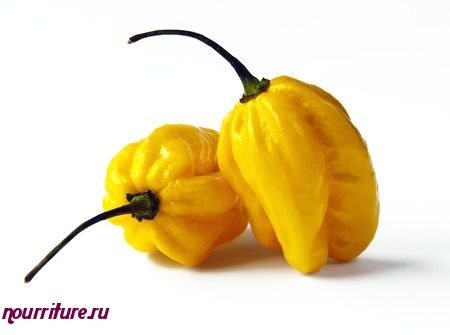 The shape of the pepper" abanero " resembles a small heart. In addition to the extreme burning, this pepper has an amazing yield. In each node, when flowering, it forms from 4 to 10 flowers and, under favorable conditions, can produce up to 1000 or more fruits per bush at a time!
This is the hottest of all chili peppers. It looks wrinkled and roundish, but it has a taste with fruity notes.
The birthplace of the pepper "abanero", as, indeed, and many other types of pepper, is Mexico. It is known that "abanero" is part of the famous tabasco sauce, which is considered one of the most spicy sauces in the world. In addition, sometimes a homemade hot sauce is made from a mixture of "abanero", tabasco sauce and cayenne pepper (ground chili). Most often, lovers of spicy add "abanero" entirely to a mixture of curry or goulash.