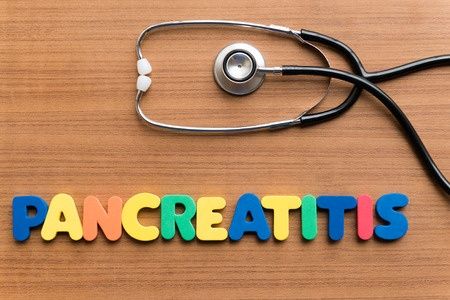 Chronic pancreatitis can be prolonged, when the disease lasts for years with a tendency to progress.
According to the clinical course, the following classification of chronic pancreatitis is accepted.
1. Chronic recurrent pancreatitis, which occurs with a clinical picture of relapses of acute pancreatitis. During the period of exacerbation, there are attacks of pain in the left hypochondrium or encircling with irradiation in the back. Pain most often occurs when errors in the diet with the use of alcoholic beverages. Painful sensations are accompanied by bloating, nausea and vomiting. The number of white blood cells in the blood increases, the white blood cell formula changes, and amylase activity in the blood and urine may increase.
According to statistics, in 60% of cases we are talking about this type of chronic pancreatitis. In the period of remission, the signs of it subside, and then again increase with relapse.
2. The so-called painful form of chronic pancreatitis. It is characterized by constant pain in certain areas. As a rule, pain occurs in the upper half of the abdomen, more often to the left of the navel with spreading to the left half of the lower back, chest and heart area. The pain is also shingling.

With errors in nutrition, the pain increases. At this time, there is a decrease in appetite, heaviness and bloating in the upper half of the abdomen. Patients begin to lose weight, often against this background, diabetes develops. The pain form occurs in about one in five patients. 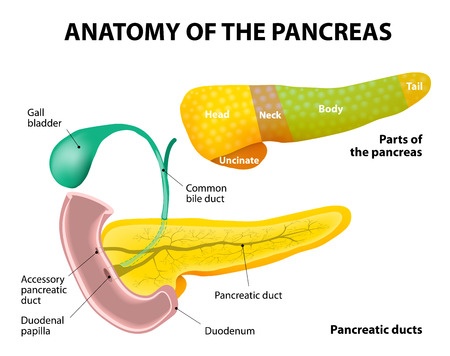 3.Pseudo-tumor chronic pancreatitis. If the disease is not complicated, the pain is always typical. It is localized deep in the epigastric region on the left and gives in the back, in the upper part of the lower back. When an attack occurs, it is hard and can last for a long time, regardless of the meal. Exacerbation of the disease is accompanied by nausea, vomiting, decreased appetite, bloating and weight loss.
A characteristic clinical sign in this form of pancreatitis is jaundice, which is caused by the localization of pathological changes in the head of the pancreas. Against the background of jaundice, inflammation of the bile ducts, that is, cholangitis, often develops.
A late symptom indicating extensive damage to the pancreas is a large amount of neutral fat and muscle fibers in the feces, indicating a violation of pancreatic digestion.

4. Latent form of chronic pancreatitis (pain-free) it is the most insidious form of the disease. For a long time, there may be no manifestations, even when pathological processes in the pancreas are in full swing. Distinct symptoms occur when there is a significant violation of external or internal secretion.
Damage to the external secretion leads to digestive disorders. In this case, the breakdown of animal fats is disrupted, which are so removed from the feces in the form of neutral fat. The breakdown of carbohydrates and proteins is disrupted. The latter contributes to the development of fermentation and putrefaction processes in the intestines, which is expressed in flatulence and diarrhea. As a result, the body suffers from a lack of vitamins and new, concomitant, abnormalities appear. The skin loses elasticity, becomes very dry; the mucous membrane of the mouth, small and large intestines becomes inflamed.
For violation of endocrine function of the pancreas impairs insulin secretion. Accordingly, the blood sugar level increases and carbohydrate metabolism is disrupted. As a result, secondary diabetes begins to develop.