Coffee can lead to obesity or even diabetes 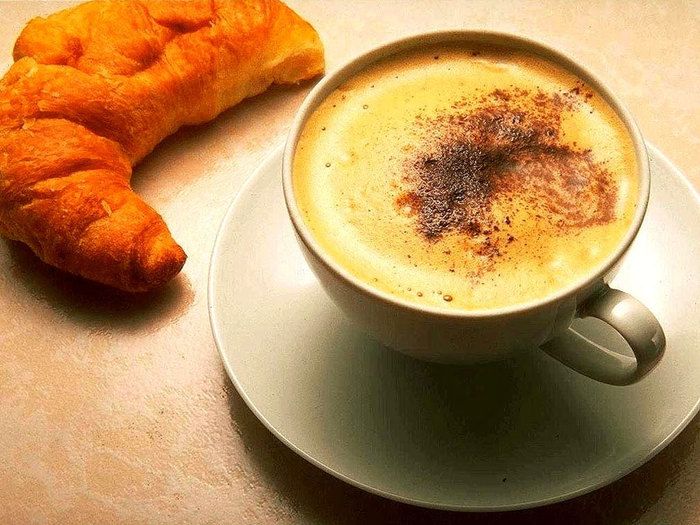 Scientists from the canadian University of Guelph have proven that coffee consumption after any fatty food and fast food increases blood sugar to the borderline.
For dietitians around the world, it is no secret that the consumption of foods fortified with fat provokes an increase in blood sugar levels. The body does this to process a large amount of incoming fat, since insulin participates in fat splitting. The study found that coffee drink increases the negative impact of fat on blood vessels at least twice. Caffeine itself thickens the blood, which further slows down the process of fat absorption and processing of incoming sugar.
Says the head of the study, Dr. Marie-Soleil Baudoin:
- We specially gave a group of volunteers a greasy drink, and after six hours asked them to eat, washed down with a sweet drink. After eating, the pancreas begins to actively produce insulin in order to have time to process sugar into glucose, that is, to turn it into fuel for the brain and muscles. But the fatty drink that the participants drank first led to the fact that the subjects ' sugar levels were 32% higher than in the group that did not eat fatty foods.
Next, the participants were asked to drink two or three cups of coffee five hours after consuming fat and sweet. Glucose measurements showed that the sugar level was 65% higher than in the control group.
As a result, the researchers concluded: you need to refrain from drinking fatty and sweet food with coffee. This is sad news for those who are used to Breakfast with a croissant with butter and wash it down with fragrant coffee. But there's nothing you can do - that's life. If you are "sitting" on coffee and can not deny yourself a sandwich with butter, then use grain bread, and instead of butter and raw sausage light fruit jam or a leaf of green salad with goat cheese. And the fat food consumed is best washed down with green tea, warm plain water or a drink Kudin.