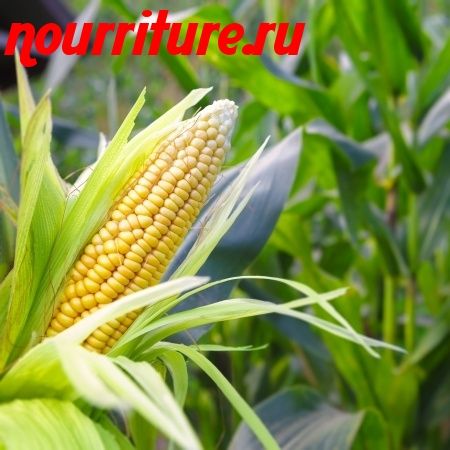 Corn, maize – an annual plant of the family of cereals, a valuable grain and fodder crop. The homeland of corn is considered to be Central and South America, more precisely-Mexico. Scientists suggest that the most likely ancestor of corn could be a common weed in Mexico, teosinte (Euchlaena mexicana), which looks like corn. In any case, it was in Mexico about 7-12 thousand years ago that the first corn was cultivated, which was previously used by the Mayans and Aztecs. As you know, the ancient peoples of Latin America built huts and fences from corn stalks, made corks and "graters" (for separating the grains from the cobs) from dry rods of cobs.
The ancient mythology associated with corn is also interesting. So, in the Mexican myths, the Sun God and the moon Goddess had a son, Ceteotl, the corn God, who, according to legend, was cut up out of envy by another deity into parts, and these parts turned into corn and other useful plants. The Mexican name for corn, tlaolli, means "our body". In addition, the ancient peoples of Mexico and Guatemala – the Toltecs and Mayans – attributed the cultivation of corn as a crop to their Supreme deity Quetzalcoatl. According to this legend, corn was discovered in the Paxil Cayala ("cracked valley" or "valley of bitter water"), in the Kingdom of Hibalba on the border of Mexico and Guatemala.

In Europe, corn got to the end of the 15th century, and in Russia it appeared only in the 17th. Corn has a wide range of applications. It is used in the food industry to produce flour, cereals, flakes, sticks and oil enriched with vitamin E. In addition, corn is used in the starch, brewing and alcohol industries, its cobs, stems and wrappers are also used for paper, linoleum, viscose, insulation materials and even film.
A variety of dishes are prepared from corn. Corn cobs are used in boiled form. If they are supposed to be stored for a long time, they are simply frozen. Canned corn grains are used for preparing salads, soups and second courses.

Corn dishes are used in the cuisine of different countries. In Moldova and Abkhazia, the famous "Hominy"porridge is made from corn. In Argentine cuisine, there are many dishes based on corn: "locro" - a soup made of corn and meat, "humita" — a dish made of corn and cottage cheese," tamales " - a dish made of meat, corn and other vegetables, wrapped in corn leaves, and then boiled. Corn is also widely used in American cuisine, for example, for cooking "korndog" - a sausage covered with corn dough, and then deep-fried.
In Italy, porridge "polenta" is made from coarse corn flour, and puddings, dumplings and pancakes are made from fine flour. In addition, different norodes add it to bread and other flour products – because thanks to corn flour, cakes and cookies become especially delicious and crumbly! So, the peoples of Central America instead of bread often use tortillas made of corn flour "tortilla", wrapped them in different toppings and is served in a separate dish. And in Egypt, corn flour is used to make a traditional cake served with pineapples. However, there is a disadvantage of corn flour: bread made from it becomes stale much faster than bread made from wheat flour. But corn bread is much healthier than wheat!
Now let's talk about the corn flakes which is produced from aromatic and crushed the grains of corn. Corn flakes (this also includes the well-known "popocorn") is a ready-made food product that does not require additional culinary processing. Flakes are used as a side dish, as well as as an independent dish together with juices, compotes, tea, coffee, milk and yogurt.