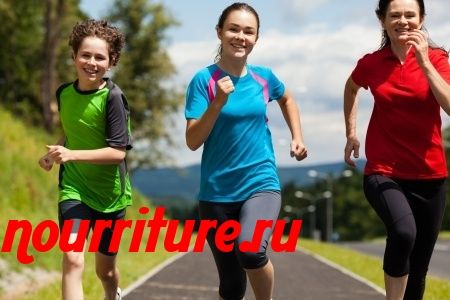 Running is considered to be the simplest and most versatile type of physical activity. Of course, many experts advise you to spend more time walking, because they are even more natural than running, but this practice takes a significant amount of time, and it is known that modern people always lack it.
So, you need to run correctly, that is, taking into account the technique and individual approach to your body and its capabilities. Weak loads are useless, and too strong loads are risky, so you should calculate them with maximum responsibility.
Today, some people continue to think that the running technique itself is so simple that there can be no special variations. Accordingly, it is hard to believe that anything can be done wrong here. Practice shows the opposite: many professional athletes and Amateurs note a significant relationship between the effectiveness of the procedure and its technical features.

Setting the head and body when running

Often, looking at a typical runner, you are surprised at how unnatural the position of his body is. In fact, there are no secrets here, a person is just so used to it and does not see any opportunities to change this state. However, this moment significantly affects the quality of running, its safety and health benefits.
It is no secret that proper running forms the correct posture and body shape, but perhaps this is only true if you really make sure that the body remains in an adequate position. Failure to observe the correct position of the body can lead to various distortions in the muscular system and as a result, negatively affect the spine. While running, the entire body is subject to heavy loads and vibrations, so you should pay attention to risk areas such as tendons and joints. You need to start with setting the head and neck, as well as the back and limbs.
The head must always be set straight, in no case should it be thrown back or forward, otherwise the movement will be given to the vertebrae of the neck. This is probably the most common mistake: when you get tired, you automatically start to bend, but you only get more out of breath. The spine experiences the least stress only in a straight position, but, of course, it is worth taking into account its natural curves, which can be individual for each person.

Often they are recklessly forgotten by many novice athletes, which in the end create significant problems for themselves, and yet the hands can play a significant role in redistributing the load. First of all, the shoulders should be lowered, in addition, located absolutely symmetrically. If they are raised up, it will provoke tension of the entire body, leading to a decrease in the usefulness of running.
The movement of the hands should be measured and straight – so the mechanical energy will be distributed in the best way.
Few people think about it, but in the process of running, our body receives a rotational impulse and unwittingly twists, reducing the stability of movement. Swings of the arms compensate for the effort spent, as a result, we are able to keep the chest in a normal position and breathe fully, without exposing the lungs to compression. It is ideal to put the shoulders so that they themselves remain static, and only the forearms move. The hands should be relaxed, and the palm should be left in a natural position or slightly clenched into a fist.

The position of the feet while running

The mechanism of movement of the leg is extremely important in both the knee and the ankle. You should run, raising your legs high and clearly putting them on the support. Choose the right shoes with good cushioning, in order to maintain confidence even during long training sessions. Be prepared for the fact that the foot will work actively when running – this moment is very important for ease of movement.
Many people face the problem of how to run better: from the heel or from the toe? In fact, there is no exact answer to this question. Everything depends on the characteristics of the foot, the main thing is that the force with which the foot moves forward does not go into the ground, creating additional friction and similar phenomena. It is easy enough to feel this. It is just recommended to think seriously about this problem, because in some cases, incorrect load distribution can also be traumatic.
We hope our tips will be useful for you, remember: in any business, not only the will to win, but also a sense of proportion is important!