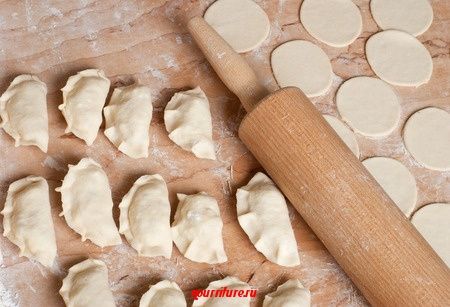 The cuisine of the Eastern regions of Ukraine was formed under the influence of the culture of the Russian Empire, which once included this part of the country, as well as the geographical location and weather conditions of the area. As a result, the modern gastronomic traditions of Eastern Ukraine have acquired features typical of the cuisine of immigrants from the southern provinces of Russia, who assimilated with the local population, as well as representatives of the Ottoman Empire and Greece, who entered Ukraine through the southern gate of the country. At the same time, all or almost all of the recipes were enriched by unique national traditions and became truly ethnic dishes.
The specificity of the cuisine of Eastern Ukraine is that it was formed on the basis of already established culinary traditions of neighboring countries and regions.
Agriculture in Luhansk, Donetsk, Zaporozhye and Kharkiv regions, which are part of the Eastern region of Ukraine, is based on the production of cereals (winter wheat, corn) and oilseeds (sunflower). The black soil of the Donbas allows us to specialize in the production of beets and fruit and berry crops, and the natural conditions of Zaporozhye allow us to grow melons and vegetables. Animal husbandry is represented by meat and dairy cattle, poultry and pig farming. On the territory of three of the four regions of Eastern Ukraine flows the largest river – a tributary of the don – Seversky Donets, so fish dishes were traditionally prepared in the 18th century, during the time of the Zaporozhye Cossacks, and now.
Eastern Ukrainian cuisine, of course, has similarities with the cooking of Western Ukraine, but it is distinguished by a number of features. Dishes of Kharkiv and Luhansk regions are not similar to Galician or Volyn dishes, they have more signs of Slavic, in particular Russian, cuisine.
The principles of culinary processing and the composition of food raw materials-products used to prepare national dishes – are similar to the main traditions of the southern regions of Russia. Popular vegetables for first and second courses are: beets, carrots, potatoes, corn, pumpkin, tomatoes, cucumbers, and legumes. They are used fresh, and in winter-in salted, pickled and pickled. Fresh fruits and berries-pears, plums, cherries, watermelons (and to a lesser extent raspberries and apples) – are used for preserving and jam, and in dried form – for making uzvar.
Eastern Ukrainian cuisine is characterized by the abundant use of eggs : they are used to prepare various types of pastries and sweet dessert dishes. The most popular type of dough for flour products is unleavened dough and all its modifications: semi-long, sweet, etc. it is used to prepare dumplings, dumplings, lemishki, shuliki, cakes, tarts, verguny.
The most favorite cereal is millet – it is used for cooking rich and high-calorie cereals and first courses, and buckwheat flour is combined with wheat for baking buckwheat. Traditional dishes made from yeast dough-pampushki, custard bagels, kalinniki, Easter cakes and wedding loaves-are baked from wheat flour.
Dill, onion, garlic, cumin , anise, lubistok and burning red pepper are especially popular among spices and seasonings in Eastern Ukraine.
Potato starch is often used for making jelly and confectionery products based on fresh berries and fruits.
The fat base for cooking many dishes is lard and sunflower oil: no wonder all the Eastern regions of the country specialize in growing sunflower.
As for the features of the technology of heat treatment of products, it consists in a combination of roasting and subsequent "languishing", baking or stewing. Therefore, the dishes used for cooking traditional dishes in Eastern Ukraine are high pans and cauldrons, clay glechiki, makitra, bowls and cups.