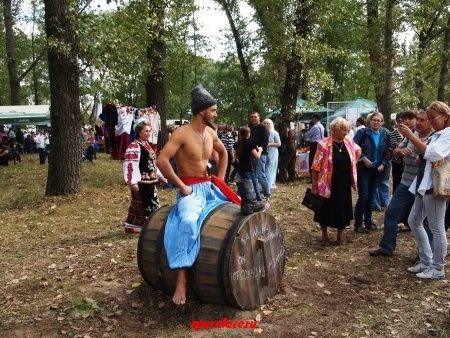 Cossack dishes are still being prepared. In national restaurants of Eastern Ukraine you can order:
* salamatu-kissel on barley or rye fried flour with the addition of fat or fat;
* putru-barley dish with malt;
* Kulish-millet porridge with potatoes, bacon, onions, herbs;
* lemeshka-baked and pre-brewed with boiling water buckwheat flour with lard;
• Kvasha – fermented pudding made from rye and buckwheat flour with the addition of dried cherries;
* shuliki with honey-baked balls of pastry.
An important component of the culinary culture of Zaporozhye Cossacks were aperitifs. The Cossacks were able to prepare intoxicating drinks and liked to drink them. Kvass, beer, honey, liqueurs, Varenukha – all this was consumed in huge quantities, the good, raw materials for the production of a laughing potion was always at hand. Beer was brewed from hops, Varenukha-from a mixture of honey, fruit, raisins, ginger and other spices , liquors and kvass were prepared from plums, cherries, apples, wild berries and grapes.
With the end of the era of the Zaporozhye Sich, the system of nutrition of the Cossacks did not go into oblivion, but as it were dissolved in the culture of the people of Ukraine. And now in the kitchen of the descendants of free Cossacks there are customs, traditions, ritual and everyday dishes that appeared in the days of the Cossack freemen.