Cuisine Of Southern Ukraine: in the footsteps of the Greeks, Turks, Moldavians… 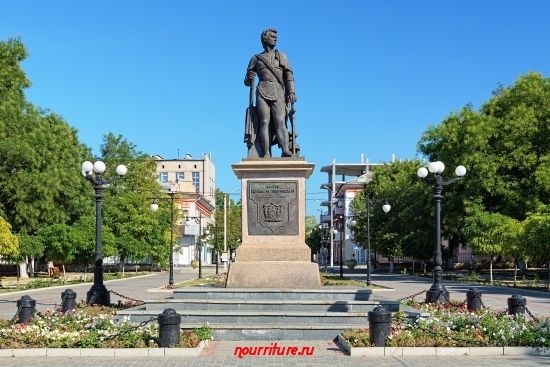 Three regions belong to southern Ukraine: Kherson, Mykolaiv, and Odessa. South Ukrainian cuisine, as well as the gastronomic traditions of other regions of the country, was formed over the centuries under the influence of historical events. Since the right-Bank and left-Bank parts of Ukraine became part of Ukraine in the 17th century, the basic principles of food preparation and the products used have become more or less the same in different areas. But at the same time, there are still features that are peculiar only to the southern or Northern regions, Eastern or Western. So, for example, since the end of the 18th century, Novorossiya and the black sea region actively accepted immigrants from the southern provinces of the neighboring country-Russia-who brought with them some features of South Russian cuisine. Having assimilated with the indigenous population of Southern Ukraine, they have contributed to the country's gastronomic culture.
The South of Ukraine is steppes, early spring and hot summer. Due to favorable climatic conditions in the southern regions, melons, tomatoes, eggplants, peppers, cherries, cherries, grapes, pears, quinces are grown. For the preparation of first and second dishes, canning and preparations for the future , pumpkin, carrots, onions, tomatoes, cucumbers, eggplants and sweet peppers are most often used. Corn, like beans, are secondary crops, but potatoes are widely used in the South. It is used to produce starch, which is used for preparing fruit and milk jelly, desserts and confectionery. In addition, potatoes as a side dish are often combined with mashed beans, Maca, carrots, apples and cottage cheese. It is used for cooking soups, as well as as an independent dish.
Southern cuisine of Ukraine, like the whole region, is multi-ethnic. It has elements of Greek and French gastronomy, table traditions of Italians, Armenians and Jews, dishes of Bulgarian and Turkish cuisine. Take, for example, the same dumplings that in the southern part of the country are prepared most often with cherries: this dish came from Turkey, where it was named dyush-Vara, but after migrating to Ukraine, it changed and first turned into vareniki, and then into well-known dumplings.
Love for eggplants and the ability to cook caviar from them brought to the South Ukrainian cuisine of the Greeks, Moldovans passed on their love for Hominy with cheese, and Bulgarians left their mark in the form of moussaka.
In the performance of culinary masters in the South of Ukraine, even the most widely spread dishes look different. Local chefs say that southern cuisine does not tolerate haste. The process of preparing many dishes is a whole performance that takes a lot of time and requires patience. For example, dumplings, which in Western Ukraine can be the size of a fist, and in the Dnipropetrovsk region - no less than cheburek, are prepared in the form of miniature products. The smaller the dumpling, the closer it gets to its ideal embodiment. The passion for minimization in the preparation of all kinds of dishes - rolls, cabbage rolls, dumplings, leafy greens, zraz, fingers of meat and stuffed mushrooms, etc. – characterizes the cuisine of the entire southern Ukraine.