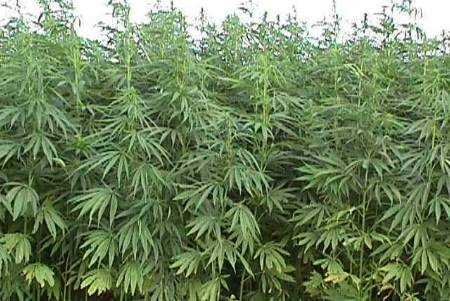 As soon as the conversation turns to cannabis, many of us immediately have negative associations, which is quite understandable. Marijuana, hashish, hashish – drugs that are actually produced from this culture. However, despite its "notoriety", cannabis is increasingly attracting the attention of doctors as a little-studied medicinal plant. However, what is surprising? After all, until recently, during the existence of the USSR, hemp was considered one of the main agricultural crops and was grown for oil, hemp and fabric. So, what do we know about cannabis?
According to Ernest Abel's book Marijuana, the first two hundred years, the earliest evidence of cannabis use dates back to the Stone age. This is confirmed by the findings of archaeologists from Taiwan, who discovered ancient pots, presumably made from cannabis plants (hemp). Scientists believe that in 6000 BC, hemp seeds were already used for cooking in China.
It is known that since the 15th century BC in China, hemp was used for rheumatic pain, gout and mental disorders. And already in the 2nd century BC, the famous Chinese surgeon Huato used it as an analgesic during operations.
From China, hemp came to Mongolia and India, where its leaves were used to prepare an intoxicating drink for religious celebrations and ceremonies. Further, at the turn of 500 – 100 BC, it penetrated into Northern Europe and there, too, became known as a tool that not only stimulates the appetite, but also "evokes pleasant and pleasurable images before the eyes."
In Russia, hemp was imported by the Scythians, who made fiber from it and made clothes. It is noteworthy that hemp (hemp fiber) has a special strength, so it is suitable for sewing underwear and shirts, and for making materials that are constantly in a humid environment: sails, fishing nets, tents, sea ropes, etc.
As for hemp oil, it is inferior in nutritional qualities to sunflower and flax. However, in some European countries it is refined and so used in cooking. Unrefined hemp oil is used in soap production, as well as for the manufacture of drying oil, varnish and paints.