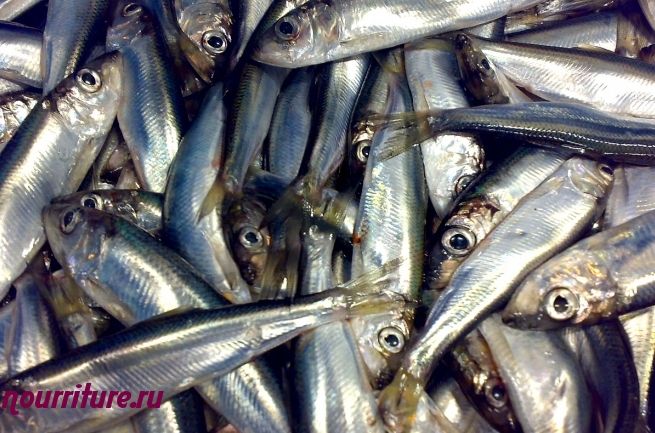 Traditionally, it is considered that herring or Baltic herring is a medium-fat fish (from 3 to 8%) of the herring family, which is used for spicy salting, Smoking, pickling, canned food (sprats), frying in oil, baking in sour cream with dill and cooking fish fries. However, in fact, with salaka everything is not so simple. Take at least its striking resemblance to a sprat: after all, only an experienced fisherman will be able to understand what kind of fish he sees in front of him – a herring or a sprat. And from a behavioral point of view, the same experienced fisherman will tell you that the herring often feeds on sprat, which is why these two fish can not be considered as the same!
Indeed, the herring belongs to the Baltic subspecies of herring fish. The length of its silvery dark-backed carcass reaches only 20 cm (however, there are also so-called giant herring, whose body length reaches 37.5 cm), and the weight ranges from 25 to 75 g.
Herring is caught all year round and, as already mentioned, is used for a variety of culinary purposes. But the greatest benefit to the human body it brings baked, steamed or grilled.
Thanks to the wonderful taste and large number of population of Baltic herring has long been loved by many people. For example, in Sweden and Finland, salaka is a national dish, and in the Netherlands, a special festival is even held every year in honor of salaka.
As for us, the Russians, we are also very willing to eat herring, and we prepare literally a sea of dishes from it: herring, deep – fried and breaded; herring soup; pizza with herring; meatballs from herring; aspic from herring; stuffed herring; pate from herring; vinaigrette with herring; spicy boiled herring, etc.the Main thing here is always to take into account that the fat content of herring depends on the time of catch, and the fatter herring, the stronger it smells when cooking and frying. Therefore, here you need to stop at spring and summer herring, which contains about 3 % fat, but autumn and winter herring is more suitable for salting and pickling.