How not to get poisoned with lines: precautions 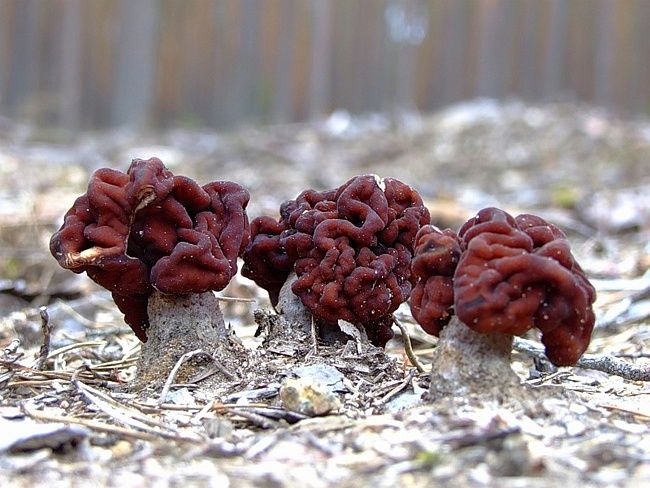 Unfortunately, it often happens that fifteen to twenty minutes of cooking lines is not enough to avoid poisoning. Some lines contain too much gyrometrin - up to 1200-1600 mg / kg (against the average 50 to 300 mg / kg).
As Professor Musselius writes in the book "Poisonous mushrooms", the lethal concentration of gyromitrin for an adult is 20-50 mg/kg (this is equal to 400-1000 g of fresh mushrooms), and for children only 10 — 30 mg/kg. The doctor also notes that most of the poisoning occurs when people do not pre-boil the lines or boil them for only 5-10 minutes, although in fact they need to be boiled in three times the volume of water (meaning the proportion of 1 kg of mushrooms : 3 liters of water) and at least 25-30 minutes!
Instead of the described method, you can boil the lines twice for 15 minutes, washing them thoroughly each time under running water and pouring fresh water before cooking. But the main thing in both cases is to drain the resulting broth, since it is poisonous!
Despite all these measures, Dr. Musselius still does not recommend eating lines several times in a row. He believes that it is necessary to maintain a pause for at least 2 days. Otherwise, a person may develop kidney failure and jaundice.