How to lose weight, or Who does not feel fat, he is threatened with fullness! 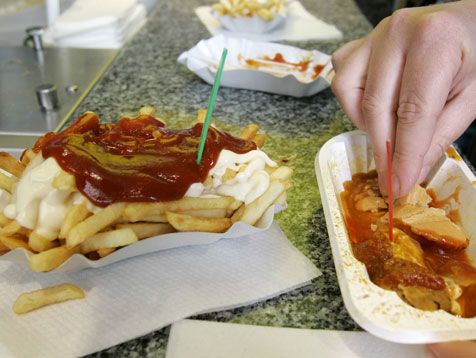 Until now, Western researchers believed that the human language can only distinguish between sweet, sour, salty, bitter and so-called "meat" tastes (the latter is felt when eating meat and soy sauce). However, recently the Australian scientists of Deakin University came to the conclusion that the recognition of fat from a person also has a special taste feeling.
During tests conducted on 30 test subjects, it was found that people can recognize fatty acids while chewing foods that lack any other taste. At the same time, scientists have established a relationship between being overweight and the ability of a person to feel fat on the tongue. Of course, fat does not yet take its place in the classification of tastes, because first you need to prove that its recognition is accompanied by certain processes that occur on cell receptors. Nevertheless, the hypothesis that fat is the sixth taste is gradually confirmed.
In addition to the main findings, scientists have found that testers who are good at recognizing the taste of fat and are able to distinguish fat even in very small doses, eat it much less than people with an undeveloped sixth sense of taste!