Kitchen in Western Ukraine: the culinary traditions of the strikers 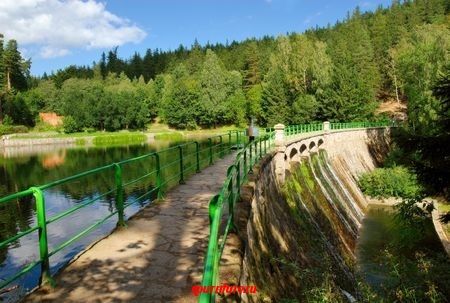 The ethnic community of Ukrainian representatives living on the southern and Northern slopes of the Carpathians is called boykas. In the boykiv Region, people know how to cook and love to cook; the national cuisine is represented by traditional dishes, recipes of which have been preserved in families for centuries, as well as modern variations of folk dishes.
Boykovskaya cuisine has a characteristic feature: a very limited set of products is used for cooking most dishes. Historical background and place of residence (mountainous area) determined the strictness and simplicity of gastronomic traditions, as well as the simplicity of processing technology products. At the same time, the most popular dishes of boykovo cuisine have a special charm and originality.
The main ingredients of dishes in Boykivshchyna: cabbage, mushrooms, corn flour, potatoes, legumes and dairy products. Oats are preferred among cereals: this crop yields the richest harvests and is used for preparing drinks, first and second courses. No wonder the territory of Boykivshchyna is called oatmeal land!
If you come to visit this region, you will certainly be treated to a Plucker – oatmeal bread, which is sometimes added to boiled potatoes . On holidays, they prepare pies with sauerkraut and dumplings, which are called "pies". For filling dumplings, boiki use cottage cheese, potatoes, blueberries and mushrooms . During the fast, the dumplings are smeared with linseed oil, and on fast days they are flavored with lard and bacon.
The strikers, unlike Lemke, consume much less dishes made of corn flour. But from potatoes in Boykivshchyna prepare many different dishes and call it by different names: and potatoes, and bulman, and magdiburka. Root vegetables form the basis of the daily menu and are part of the first and second courses. It is served with mushrooms, sauerkraut, beans, bacon and milk.
Meat dishes in the boykiv Region are not as widespread as, for example, in the Lviv region. Pork here has always been a sign of a big holiday. On the eve of Easter or Christmas, the boiki have for centuries slaughtered pigs and cooked sausages, salted lard and meat, fried pork rinds, and smoked meat in the chimney. Depending on the type of wood (cherry, pear, Apple, beech) used for Smoking, the meat acquired a characteristic flavor and color.
Dishes made from sheep and goat's milk have long been a favorite in the boykiv Region. Masters know the secret of cooking cheese, which can be stored without a refrigerator for a whole year! It does not deteriorate, is not covered with mold, does not lose its taste and aesthetic qualities.
Still Boykivshchina on Christmas eve to bake ritual bread – krachun, harijan, Karachun, symbolizing prosperity at home and is a talisman for the whole family. Easter is celebrated with the traditional baking of a huge cake made of rye or barley flour.
Guests are treated to Chir-a drink made of oatmeal, similar in consistency to jelly. Sometimes Chir is cooked with milk, and in the post – on water.
The traditional dishes of Boyko cuisine can be attributed boljanici, machanka, Stolnik, terzani dumplings and turchany whitefish, steranko and stuffed with TREN bull. Delicious, peasant-like quality, without excessive frills, simple and unpretentious cuisine of boykiv differs from the gastronomic traditions of other regions of Ukraine. Come to Boykivshchyna and you will be able, among other things, to appreciate the taste of the local aperitif: you will be served hot vodka with honey and butter!