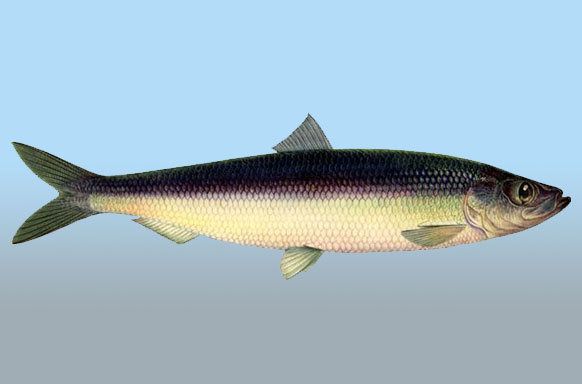 Atlantic herring is one of the most common fish species on Earth. Depending on the period and features of spawning, there are several types of Atlantic herring: spring-spawning herring (Norwegian, Icelandic), summer-spawning herring (Icelandic), individual herds of herring that spawn in autumn and winter. At the same time, according to the industrial value, herring is divided into small (length 7-19 cm at the age of 1-3 years), fat (length 19-26 cm at the age of 3-4 years; this type is the easiest to salt and preserve), large pre - spawning (age 5-7 years) and spawning (age 5-8 years).
Herring fishing is very common in Norway, Denmark, Iceland, Canada, England and Holland. In the latter, even a special "herring festival" has taken root, which local residents celebrate every second Saturday in June. On this day, the first herring of the new catch is delivered to the port of Schefiningen, then it is specially gutted, sprinkled with salt and placed in barrels. The first three barrels are presented as a gift to the queen, and the rest are sold at a charity auction.
I must say that in general, the Dutch have a special attitude to herring. After all, it was here, in Holland, that the famous "virgin herring" appeared, which later began to be bought and actively eaten by other countries, including Russia. And it happened like this: one day in 1390, a fisherman named Willem Jacob Beikelson decided to remove the gills from the herring before salting (previously, herring was considered a fish for the poor, because it was bitter because of the unsalted gills). Realizing that the taste of herring has improved significantly, Beikelson began to regularly remove the gills, and the prepared carcasses are placed (directly in the sea) in even layers in barrels and sprinkled with salt. As a result, when Bakelson returned to the shore, the herring was already salted and acquired a delicious taste.
As we have already noticed, in addition to Holland, herring is also salted in other countries, although the methods of salting differ. For example, in Scotland, salted fish already asleep on the shore with dry salt without cooling (such herring has a white and very tender meat), and in Norway, before salting, the lintels between the head and body are removed from the carcasses instead of the gills.
In addition to salting, herring is marinated, smoked and fried (only fresh!). The last two methods of cooking are typical for the English. However, most often it is eaten in salted form in combination with onions and white bread.