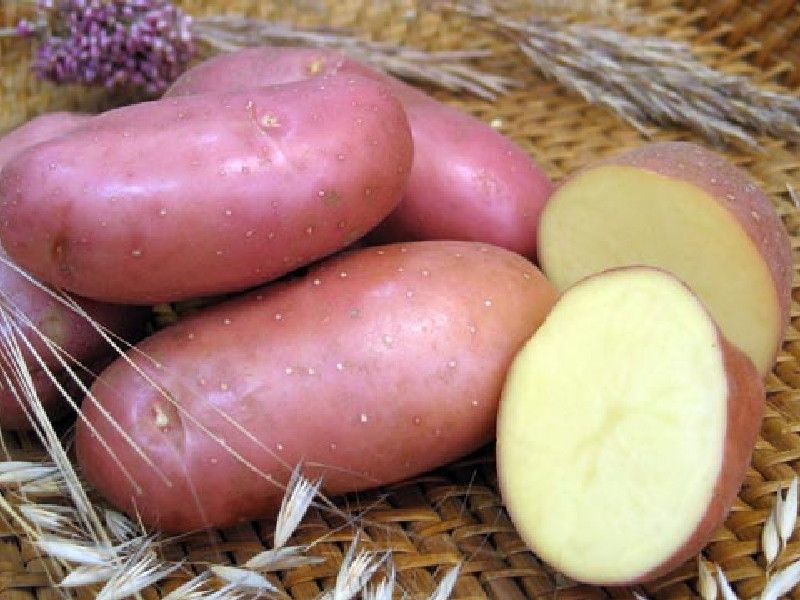 The homeland of potatoes is considered the territory of present-day Peru. In Europe, it was discovered about 400 years ago by Spanish sailors who visited South America. The rumor about the magic tubers of the plant immediately spread first throughout Spain, then to other countries. But the path of potatoes to the table to their admirers was long and difficult. Not understanding how to use the new culture in food, the Europeans first tried to eat tubers in raw form, which, of course, few people liked. Sometimes, instead of tubers, they even ate potato fruits – small greenish berries that appear after flowering-as a result of which poisoning occurred, since the fruits themselves can be poisonous. It was only among the ladies of the court that potatoes quickly gained respect and respect, although in a somewhat exotic form: they decorated their hair with the flowers of the plant.
To appreciate the potato, the Europeans helped the French pharmacist, Parmentier Paris, which, with natural wit, resorted to a trick. Parmentier began to grow tubers in his garden, begging the king to allocate soldiers to protect the plants. Local farmers "bought" this and quickly fell for the bait, deciding: if the guards are guarding something, then it means that it has value! So they started stealing tubers and planting them in their fields.
No less difficult path of potatoes was in Russia, where it was brought by Peter I in the early XVIII century and where the plant was initially also rejected amicably. Ecclesiastics even claimed: "Potatoes are the devil's apples that seduced eve and Adam, and therefore all who eat them will not see the Kingdom of heaven..." the Royal officials instead of explaining the advantages of the new type acted by force and threat: "Plant potatoes, or we'll all be in trouble!» People refused, and potato riots broke out. The government suppressed them with troops, shooting at the" disobedient " with buckshot. And yet in Russia there were talented farmers who correctly assessed the advantage of imported culture! Agronomist Andrey Bolotov explained to the population the usefulness of a plant rich in starch. A great help in this was given to him by a farmer, Efim Andreevich Grachev, who lived near St. Petersburg and bred new varieties of potatoes, which were distinguished by an unusual yield.
It is known that potatoes have a unique set of organic and inorganic compounds that are not just important, but vital for the human body. These include: potassium, phosphorus, iron, calcium, starch, proteins, vitamins C, B1, B2, B6, PP, K, carotenoids, and sugars. To preserve the valuable substances contained in potatoes, you need to learn how to cook it correctly. Before cooking, do not keep the potatoes in water for a long time. Cook it in a small amount of water, otherwise during cooking, most of the vitamins will pass into this water.
In addition to well-known potato dishes (potatoes in uniform, fried, baked, stewed, mashed), there are many exotic potato dishes of national cuisine. For example, French fries are pieces of potatoes that are fried in a large amount of hot vegetable oil, called deep-fried. For their production, special devices are most often used – fryers.
In Poland, a mixture of French fries and country potatoes in mayonnaise is called "pelni Brozek". In the United States and Finland, a similar dish is known as" French fries", while in Ireland, the United Kingdom, and Israel, it is called chips.
There are also draniki (Belor. draniki, Ukrainian deruni) - these are potato or zucchini pancakes. They are considered a dish of Belarusian cuisine, but they are also popular in Ukrainian, Russian, Eastern European and Jewish cuisines. Often they are served hot with sour cream, butter, uzdara or machanka.
As a kind of draniki in Belarus, potato "wizards" are prepared, which are stuffed with meat (usually pork) or steamed poppy seeds. Potato "wizards" with poppy seeds under sweet sour cream sauce are a traditional Belarusian new year's dish.
And in the national Estonian cuisine there is a dish kartuliporss (est. "potato pigs"), which is meat baked in mashed potatoes, and has common roots with other dishes of Finno-Ugric cuisine, such as dumplings and podkogylo.