- inflammation of the pulp of the tooth, manifested by attacks of pain. 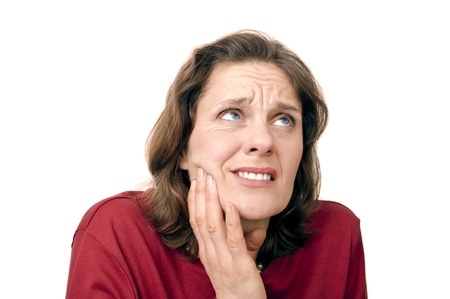 Microflora of the carious cavity, chemical, mechanical and thermal injuries.

It is associated with the progression of the carious process and an inflammatory response to microflora and pulp trauma. Possible infection through the apical opening, for example, in periodontal diseases.

Spontaneous paroxysmal pain, especially at night, provoked by mechanical, chemical and temperature stimuli. It is characterized by irradiation of pain along the corresponding branch of the trigeminal nerve. In serous forms, at the beginning of the disease, attacks of pain, usually aching, are infrequent and short-lived, as the process progresses, they become more frequent and lengthen. With purulent pulpitis, the attacks are long, pulsating pain increases. With serous pulpitis, cold causes a painful attack, and with purulent-stops it. In chronic forms of pulpitis, typical pain attacks occur mainly during exacerbations.

Put on the basis of characteristic complaints, detection of the carious cavity and probing its bottom. In purulent and chronic forms, percussion is usually painful.

Treatment is aimed at stopping the inflammatory process and pain attack.. With serous forms in young people, it is possible to preserve the pulp: excision of the affected dentin, medication (antibiotics, calcium hydroxide, etc.) processing and filling. Surgical treatment involves the removal of all or only the crown pulp and under conductor anesthesia or after devitalization. Emergency care for acute serous forms : cleaning of the carious cavity from softened dentin and its irrigation with a warm solution of anesthetic or the introduction of a tampon impregnated with a solution of corticosteroid drugs into the carious cavity. In acute purulent pulpitis, it is necessary to open the tooth cavity. Inside appoint analgesics.

In the absence of treatment - pulp necrosis and the spread of the process to the parotid tissues. In treatment, the outcome is usually favorable.