Regional cuisine of Germany: dishes from the Northern, southern, Eastern and Western regions 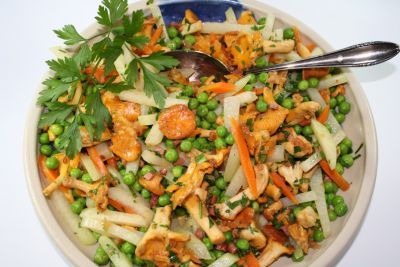 If earlier in Germany, warm dishes were served on the table more often for lunch, and dinner was cold and consisted of simple dishes, now in most homes, the most important thing is the family hot "abendbrot" (it. "dinner"). However, regardless of whether it is lunch or dinner, the Germans like to eat delicious and plentiful food. Gone are the days when they associated food only with eating. Now the people of Germany are once again thinking about pleasure, quality and "conscious nutrition", and they also attach great importance to the freshness of regional products, balanced nutrition and a healthy way of cooking.
Almost all over the world, German national cuisine is considered to be rich and enriched with meat components.
In Anglo-American countries, sauerkraut ("Sauerkraut») it is considered as a typical German dish and, accordingly, the Germans are often called "krauts".
But in addition to pork legs and sauerkraut, the Germans are famous for an exceptional variety of varieties of bread and sausage. In addition, German wines, Lubeck marzipans, as well as Dresden Christmas cakes and pretzels have won worldwide fame.
Since 1950, traditional home cooking in Germany has been enriched under the influence of socio-cultural changes. The influx of migrant workers, mass tourism and simplified importation of international products brought new flavors to German cuisine, without displacing regional delicacies. Such delicacies include, for example: eel soup in Hamburg, roast marinated beef in Rhineland, potato pate " Dippelappes "in Saarland, baked macaroni with cheese in Swabian, pork shoulder in Frankish, curd cheese" with music " in Hessian, raw sausage for roasting in Thuringian and vegetable stew in Leipzig.