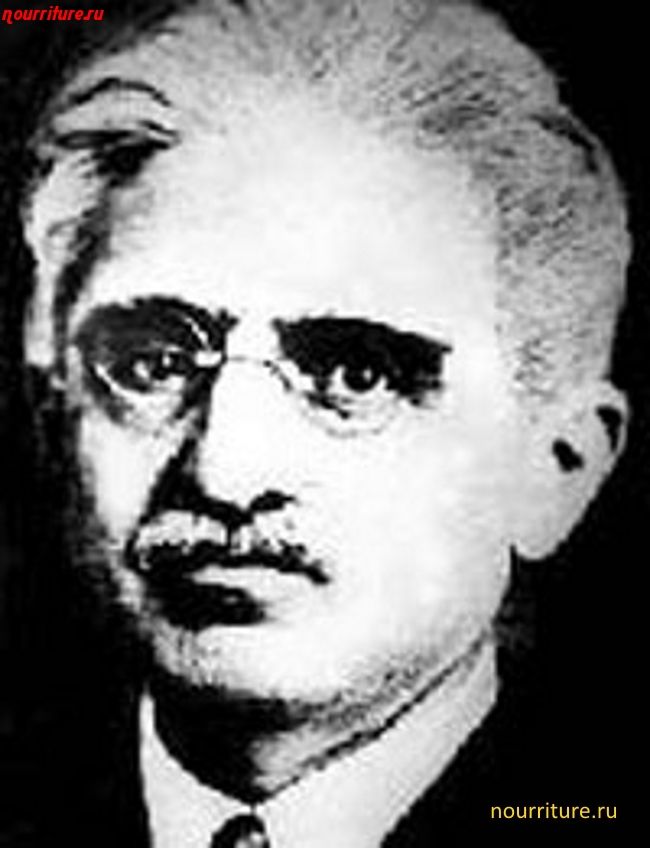 Biography Of Leo Cafehaus
Cafehaus Lev (Leon) B.(1885-1940). Social Democrat. Member of the RSDLP since 1917. Graduated from Moscow University. Economist. Author of one of the first works on the monopolization of industry, published in 1910. In 1919-1930, he worked as the head of the Central Department of statistics in the VSNH. Organizer of the publication of statistical yearbooks "Industry of the USSR" in 1921-1928, the monthly Bulletin of the Supreme Soviet of the USSR in 1923-1930.
From an employee's family. In 1904, a member of the Marxist circle of students, in 19054)6 propagandist Mosk. the Bolshevik. organizations. For participating in the Dec. no. rest. was arrested, since 1906 - under the supervision of the police. In the future, he switched to the position of Menshevism, and did not participate in active political activities for a long time. After graduating in 1910 Econ. Department of the faculty of law. f-TA Mosk. UN-TA was left at the Department of political economy to prepare for the Prof. title, dismissed in March 1911 for participating in a protest strike against the actions of the Ministry of education of LA Casso. Worked as Asst. early. statistical. Moscow city Department. I'm an assistant in Moscow city Council. commercial in-te. he was in charge of statistics at Mosk. The office of the Ombudsman on fuel. Worked for GAZ. "Light brown. Vedomosti" (1911-17).
After the February revolution of 1917, he joined the Mosk. Menshevik organization: GAZ entered the editorial office. "people power". He criticized the April theses of V. I. Lenin, which, according to Kafengauz, heralded the transformation of the Bolshevik faction of the RSDLP into the party of anarchists-Communists:
"We have a social reform program in front of us. At once-from semi-serf x-VA to socialism, from autocracy to the state-commune! After decades of theoretical controversy and practice. the struggle against utopianism, after it seemed to have become generally accepted that we would come to socialism after intensive and free capitalist development, we again returned to the long-past times of Bakunin and Tkachev: once again, the basis for a social revolution is not considered to be the high development of forces, forces, not strong prof. polit, and co-op. organizations, and native Communists. instincts of the Russian people" ("Communist party", "Power of the People", 1917, may 9). He defended the principle of a "coalition of classes" based on mutual concessions between the proletariat and entrepreneurs. Considered that " irrevocable. screamers from the Bolsheviks. the camps, which call for the nationalization of entire industries and the replacement of capitalists and bankers with officials subordinate To the Soviets of the democratic Republic of Moldova, are pushing the labor movement to the path of Econ.  disasters ("Without profit", ibid., may 21). In the summer of 1917, he was elected as a vowel of the Moscow City Duma, from Aug.
After the October revolution, the Bolshevik spoke out against intoxication. Econ. the Bolshevik saw a Way out of the crisis in the liquidation of the "Bolshevik. dominances". "What should I do? It seems clear, citizens of the Bolsheviks! We must quickly, before it is too late, free the banks and restore the democratic mountains. management, stop the war against Ukraine, the don and Siberia, transfer power to a legally elected Government. ("Where is the money?", ibid., 24 Dec.). He was an opponent of the separate peace with Germany leading to the "poloneniye of Russia", for which he called the Bolsheviks " traitors who decided to serve the sharks of Herm. imperialism" ("the Baltic question", ibid., Dec. 29). in may 1918, he sharply criticized the" brilliant projects " of V. I. Lenin in the field of Finance. and prod. politicians, K-rym predicted complete failure ("the Last battle", "Our Motherland", 1918, may 8; "food dictatorship", ibid, may 4).
"Soulless numbers, devoid of any class. and his political sympathies, conclusively say that Sov. the government has not justified itself economically. This is the court of impartial Economics" ("has Much been done?", ibid., may 17). In June 1918, describing prod. the policy of the CPC, wrote: "The Bolsheviks wanted to establish socialism in a poor country, and the force of things forced them to give the population a new form of Klas instead of socialism. dominion and class. operations", ..."starting with the recognition of prod. monopolies as a means of ensuring the equal right to food for all", end with " monopolies as a means of consciously condemning one unreliable part of the population to starvation in order to feed the other - the ruling one ("food justice", ibid., June 14). In July, he opposed the decree on the nationalization of a major industry. "Now, when there is no bread, no coal, no cotton, no transport, when everything stands still, and only the enemy's guns and tongues work, and the imagination of the meeting speakers, at this moment the working class is proclaimed the master of life -the master of hunger, debt, poverty and suffering!" ("Nationalization of a major industry", ibid., July 3).
After leaving the Menshevik party and retiring from political activities, he worked in the VSNH from 1919. At the request of the heads of the organization "National center" in 1919, together with the economist Ya.m. Bukspan, he prepared the Econ program. the revival of Russia in the event of the collapse of the Sov. authorities. It provided for the restoration of private entrepreneurship, gradual denationalization and demonopolization of the industry, the introduction of market relations, the development of the farm sector, and the attraction of foreign investment. in 1920, he was arrested on suspicion of belonging to the "National center", but due to lack of evidence, he was soon released. Worked in the Center. Department of statistics of the national Academy of Economics, while teaching at Moscow state University. In August 1930, he was arrested on charges of anti-Soviets. activities. Until Dec. 1932 in exile in Ufa (rehabilitated in 1987)." In 1933-37, he lectured at Prom.- Econ. G. K. Ordzhonikidze Institute, was the head. the Department at the Institute was named after I. V. Stalin, prof. 1-St Moscow state University, Deputy chief ed. Technical encyclopedias. In 1937-40, he was a scientific employee of the Institute of Economics of the USSR Academy of Sciences.