What is the difference between lines and morels: learning to recognize mushrooms! 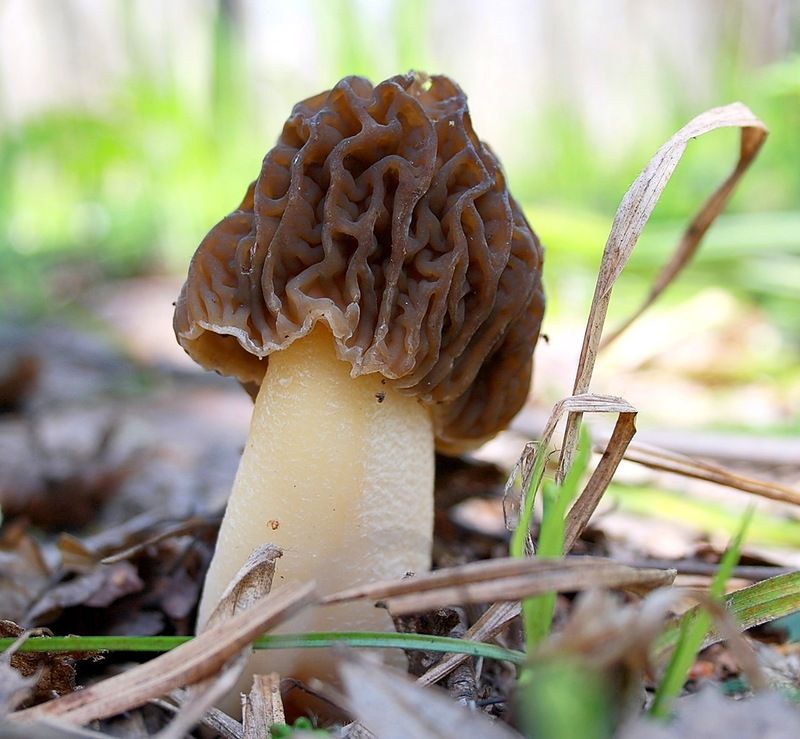 In contrast to stitches, the surface of the cap is not cellular, but folded, wavy-sinuous, almost shapeless, resembling a walnut kernel or brain. The color of the cap is yellowish, brown, red-brown or brown. As the mushroom Matures, the cap brightens.
On the section of the cap, the line reveals a cartilaginous flesh, white, with a slightly purple tinge.
The entire body of the stitch, including the leg, is filled with partitions, convolutions.
The leg itself is shortened, swollen, uneven, sometimes folded, in color it can be white, yellowish, reddish or light purple.
The line reacts to frosts by the appearance of small blackened spots on the fruit body. The thawed line continues to grow.
The almost white flesh of the string has a faint smell of dampness mixed with a mushroom aroma. The flesh is cartilaginous, brittle, and easily broken.
The Morel has a leg and a cap almost identical in length. Only the Morel cap has an elongated leg, with a bell-shaped hat put on it.