What to eat in Africa: gastronomic geography 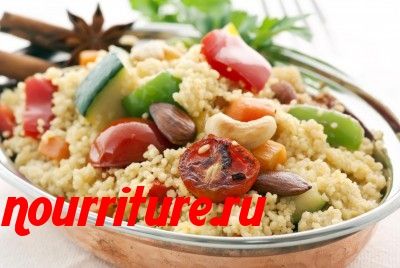 If in the past on African cuisine (cuisine of Africa) actively influenced by the Romans, colonizers, spice trade and the slave trade, now an important role is played by tourism.
What products came to Africa from other countries? This is corn, which originally grew in America, and cassava with chili pepper, which is considered to be the birthplace of Portugal...

What do they eat in Africa?

Today, most sub-Saharan African countries grow sorghum and millet . In the tropics, in the southern and Eastern parts of the continent, maize, barley and wheat are grown, sweet potatoes and couscous are cultivated in southern Sudan, bananas in the tropics, Uganda and Kenya, and rice in Madagascar. Date palms are found in the oases of the Sahara, and figs and olives ripen in areas bordered by the Mediterranean sea.
Anyone who wants to cook dishes in an African style should definitely pay attention to legumes and vegetables. Almost always are served spicy side dishes consisting of rice, gorchakovym plants, fu fu* (*pounded into porridge, boiled tubers of Yam and cassava, mixed with ground bananas; the resulting mass is then formed balls and pour their special spicy oil soup), sweet potatoes, boiled bananas, corn and beans. Spicy side dishes include, for example, red snapper in banana leaves, couscous with carrots (in a pan) and dates with lamb on skewers.
But, of course, to better understand what is eaten in Africa , you need to get acquainted with the culinary traditions of each of the African countries.